Ypres has a lot to offer! The charm of the medieval past and the many memories of the turbulent past make a trip to Ypres unforgettable today. We welcome you every day in the visitor center for Ypres and the Westhoek in the Cloth Hall to give your visit a good start. You will find an attractive regional exhibition, an extensive shop and a spacious museum café. 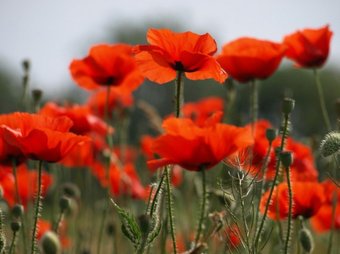 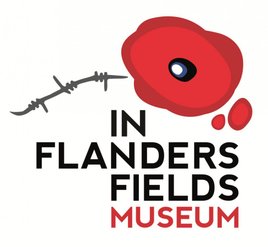 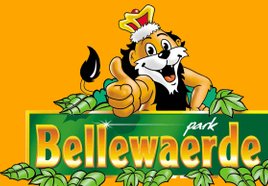 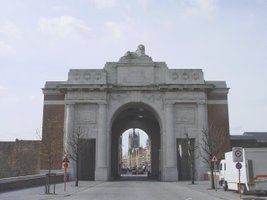 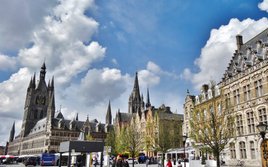 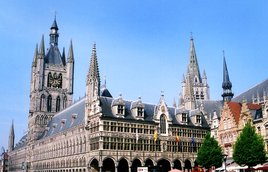 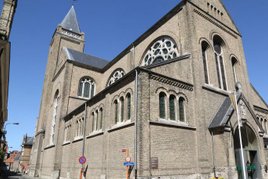 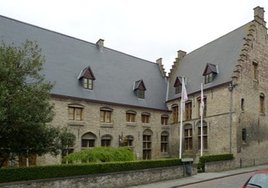 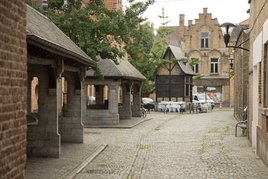 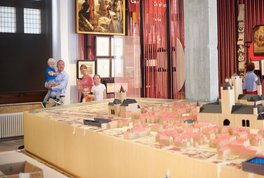 1 In Flanders Fields Museum
This war museum is located in one of the most beautiful buildings in Ypres, namely in the Cloth Hall. The museum has recently undergone a renovation and has thus increased no less than 50% of its capacity. The First World War in particular is central to the Flanders Field Museum. Through audiovisual stories, photos, objects and diaries you will learn a lot about this difficult time in history. An attempt has been made to shed light on the subjects from different perspectives.
www.inflandersfields.be

2 Menin gate
This huge gate is a memorial to the missing British soldiers who fell during the First World War. All their more than fifty-four thousand names are described below and next to each other on the panels. It is bizarre to know that these not found or identified soldiers are still scattered here and there under the sods of Ypres. Some at cemeteries but some also somewhere in the fields. Because during excavation work someone is found who can still be identified, a name is sometimes removed from the Menin Gate. A small ceremony is performed under this huge monument every evening at 8 p.m.
www.steden.net/belgie/ieper/menenpoort/

3 Grote Markt
There are impressive buildings on the Grote Markt in Ypres, such as the Cloth Hall, the Belfry, the Courthouse and the Kasselrij. Together they form the center of the city. Unlike other large markets of cities, there are not many terraces here. There are, however, around various restaurants where you can eat and a number of cafes. Half of them are still intended for parking. Only on Saturdays is the entire market the stage for the weekly market with a variety of merchandise.
www.steden.net/belgie/ieper/grote-markt/

4 Cloth Hall
This building, built in the Gothic style, was originally built between the thirteenth and fourteenth centuries. Unfortunately, this did not survive the terrible fighting for Ypres. Nevertheless, they have succeeded in restoring it very well. And since 1967 the building radiates its grandeur again. Where people used to trade mainly in sheets, it can now be visited as a museum. The "In Flanders Field" museum is located in the building. The belfry tower with its seventy meter height regularly provides a nice serenade of the Ypres Garden Day song.

5 Bellewaerde Park
The city of Ypres has succeeded in combining an amusement park with a zoo. This can all be found in Bellewaerde Park. When the park opened its doors in 1954, there was not much more to be found than a collection of exotic birds and some gnome dolls in a park-like setting. A lot has changed over the years. Nowadays the attractions with names like Hurican, El Toro, Boomerang and the River Splash whitewater course with loud screaming passengers pass you by. There are also countless attractions for the little ones that go a lot slower.
www.bellewaerdepark.be

6 St. Maartens church
The former cathedral of Ypres is located on Vandenpeerboomplein and Sint Maartenplein. Construction began around 1254 and was then completed two centuries later. Around the year 1800, the cathedral was demoted to a church. Here too, the various battles for Ypres and the First World War have left their mark. Fortunately, much of this has been restored and rebuilt. There are a number of impressive religious works of art to admire and a beautiful statue of Our Lady of Thuyne.
www.steden.net/belgie/ieper/sint-maartenskerk/

7 Municipal Education Museum
Just like so many cities nowadays, a church is also used in Ypres for a different interpretation than religious. The Municipal Education Museum is now housed in the Sint-Niklaas Church. The museum gives a clear picture of how education in Flanders has developed since the Middle Ages. There are even reconstructions of classrooms from the 18th, 19th and 20th centuries. Especially for children it is funny to see which simple materials had to be used in the past.

8 Municipal Museum
The Stedelijk Museum can be found on Janseniusstraat in Ypres. With a walk along various paintings, archaeological finds, maps, furniture and silverware you get a good picture of the glorious history of the city of Ypres. The showpiece of the museum can be found in the collection of the Ypres artist Louise De Hem. The building in which the Stedelijk Museum is located is also worth mentioning. This St.Jansgodhuis was around 1270 a place where they established a foundation for the care of the poor.

9 Fish market
The nostalgic sales stalls for fish can be found at the Vismarkt. Both the stalls and the square are not large but beautiful. A gateway to this old market has even been created on the neighboring Boterstraat